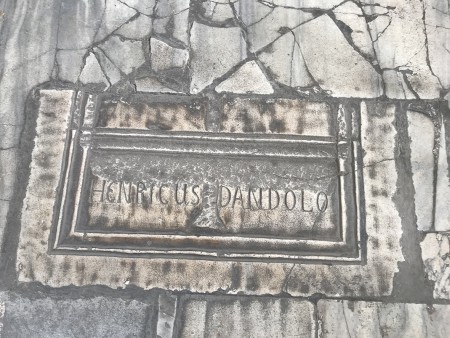 Since the early stages of modern archaeological research, Asia Minor has been intensely targeted by archaeologists and collectors of classical antiquities because of its lavish monumental heritage. As a consequence, many ancient monuments from the region have been scattered between various collections. In the late 19th century, while empires started to fade and during the heydays of nationalism, these fragmented monuments proudly displayed in establishing museums in Europe and Turkey as historical relics. But how different strategies of collecting and displaying affected the modern understanding of these ancient monuments? The perception(s) of what classical - and specifically Roman, meant has been biased by those dynamics? With the aim to explore this potential impact, this lecture will look at processes of selection, acquisition, and display of Roman monuments from Asia Minor between the late 19th and the early 20th century. Collecting practices of newly established museums in Europe and Turkey will be analyzed and compared, in light of the specific academic and historical-political contexts of the period in the attempt to shed a light on driving motives behind the composition of these collections and possible aftermaths in the discipline.

Ketty Iannantuono is currently a PhD-candidate at the Department of Historical, Literary and Cultural Studies at Radboud University, Nijmegen. Her research investigates communication as expressed by monuments erected in the far-flung regions of the Roman Empire. The specific aim of her studies is to explore the constraining role of local customs and circumstances in the formulation and reception(s) of these eternalized messages. During her stay at the NIT, Ketty is looking at dynamics of collection and musealization of ancient monuments from Asia Minor as a proxy to explore possible biases in Roman studies.

"A Venetian doge in Hagia Sophia"

According to Villehardouin, a French noble who participated in the Fourth Crusade, the Venetian Doge Enrico Dandolo was buried with great honor in Hagia Sophia in 1205. Allegedly, Dandolo’s grave was destroyed after the conquest of Constantinople by the Ottoman Turks in 1453. However, in the floor of the southern gallery of the former Byzantine church an antique marble plaque with the inscription Henricus Dandolo, which is believed to be the tomb stone, is on display. It is the only visible reference to the period of the Latin occupation of Constantinople (1204-1261) when Hagia Sophia was in use for the Latin rite. This lecture aims at tracing the history of Dandolo’s original grave and of the memorial plaque that bears his name and establishing the relationship between the two. Who wanted to commemorate the Venetian doge Dandolo in Hagia Sophia and who gave permission for this act of appropriation?