The Netherlands Institute in Turkey is a research center dedicated to the study of Turkey and surrounding regions through the ages. It conducts historical and archaeological research and aims to support studies in the humanities and social sciences that have a bearing on Turkey, by scholars as well as students, from the Netherlands and other countries. 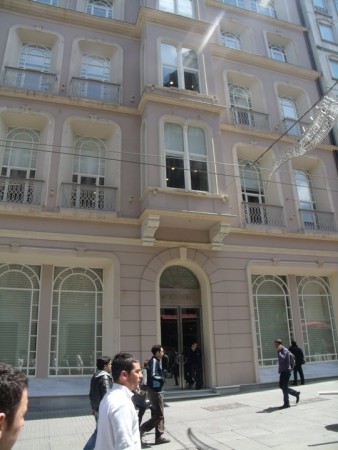 The institute is located in the central district of Beyoğlu in Istanbul. Its premises are in Merkez Han, a complex of Koç University that houses the university’s Research Center for Anatolian Civilizations (ANAMED) as well as several other scientific institutions.

The NIT was founded in 1958 as a subsidiary institute of the Netherlands Institute for the Near East (NINO), located in Leiden, Netherlands. Until 2005, it was named Netherlands Historical-Archaeological Institute. Until that same year, the NIT was based at the Palais de Hollande, the Netherlands Consulate-General and former embassy on Istiklal Caddesi. Entering into a cooperation agreement with Koç University, the institute moved to its current premises in 2006.

From the late 1970s onwards, the NIT has been actively involved in archaeological fieldwork projects in Turkey. In recent years, the scope of the institute’s academic activities has widened to include a range of disciplines under the overarching theme of heritage studies.

Its well-equipped scientific library has served several generations of students and researchers and continues to serve the scholarly community in Istanbul.

Together with the NINO, the NIT has published the monograph series PIHANS (Publications de l’Institut Historique et Archéologique Néerlandais de Stamboul) since 1956 and the periodical Anatolica since 1967.

In addition to facilitating research and education, the NIT conducts and participates in several long-term projects in archaeology, urban heritage studies, and architectural history. These are described on the Research page. NIT also organizes conferences, lectures and workshops, and initiates and coordinates intensive (summer) courses for university students. Upcoming activities can be found on the Activities page.

NIT annual reports present the activities and programs conducted by NIT in previous years. Please click the links below to download them: