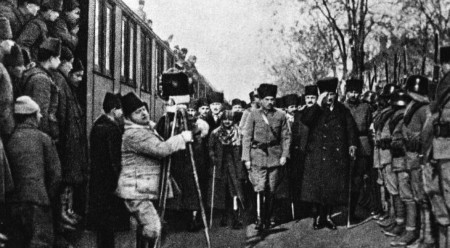 When Mustafa Kemal Atatürk, the founding father of the Turkish Republic, took the lead in the national resistance movement in Anatolia in 1919, he was far from being a household name. Nevertheless, the effort and attention that his government devoted to the creation of his public image gradually turned him into a superhuman figure in the eyes of many.

Based on extensive research in Turkish and foreign archives, this presentation illuminates the relationship between media and power, and more specifically the role of film in the making of Atatürk's myth and the modern Turkish nation-state in the early twentieth century.