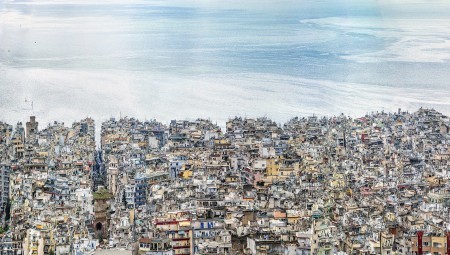 Please note that limited seats are available and making a reservation is required for this event. Your reservation is only final after confirmation from the Netherlands Institute in Turkey.

Please send an email to g.gurmen@nit-istanbul.org for reservation.

The “old” notion of the city is directly related to the presupposition that civilization is born, preserved and sustained in the city. The root of the word civilization is the city anyways, according to the Merriam Webster Dictionary, defining civil as “of or relating to the regular business of the people in a city”.

As we look at the pace of the type urbanization realized at various geographies in the world, especially in rapidly developing countries, it is not very difficult to observe the fact that the notion of the city is reinterpreted and we have a recent urban settlement occurrence we can name as the “new city”! This new city is designed as an area of camouflaged modern slavery. The originally autonomous farmers in the rural areas, affordably satisfying their most basic needs like food and accommodation, are encouraged by the official states to migrate to the cities leaving their skills in agriculture behind. Once they move (or rather “brought / dislocated”) to dreadful high-rise social housing projects in the new cities; they start to accumulate long-term debts over costs they did not have to think about previously: Education, acquisition of private cars, much higher grocery expenses for much less healthy food, building management dues, higher real estate and municipality taxes, much higher rents and so on. Once they understand that the promises issued by the states are tricky, misguiding, shallow; it is unfortunately too late as they become dispossessed and have no land anymore to go back to the countryside. This vicious circle turns people into dependent voters who do have the power to question the unfairness they unconsciously had / will have to confront.

The strategies consisting of prevention of independence at different levels, individualization of people and less cooperation / collectivity, competition in urban societies for success, zoning principles aiming for separation of various neighborhoods with income levels; result in new cities that divide people, instead of equally uniting them!

Murat Germen is an artist using photography as an expression / research tool. Born 1965, he currently lives / works in Istanbul and London. Has an MArch degree from Massachusetts Institute of Technology, where he went as a Fulbright scholar and received AIA Henry Adams Gold Medal for academic excellence. Works as a professor of art, photography and new media at Sabanci University in Istanbul. Having many papers, photo series published on architecture / photography / art / new media in various publications; he has lectured at tens of conferences internationally.
His oeuvre focuses on impacts of urbanization and gentrification, civic rights and participatory citizenship, documentary sustainability of local cultures, human devastation of nature. Has two monographies, one published by Skira (Italy) and the other by MASA (Turkey). Has opened/joined over eighty inter/national (Turkey, USA, Italy, Germany, UK, Mexico, Portugal, Uzbekistan, Greece, Japan, Russia, Poland, Iran, India, France, Canada, Bahrain, South Korea, Dubai, China, Sweden, Switzerland, Egypt) solo+group exhibitions. More than 300 editions of the artist’s several artworks are in personal collections of eminent art collectors inter/nationally, in addition to several that are in Istanbul Modern, Proje4L Elgiz Museum of Contemporary Art (Istanbul), Centre of Contemporary Art in Toruń (Poland), Benetton Foundation's Imago Mundi - Istanbul Codex collections.