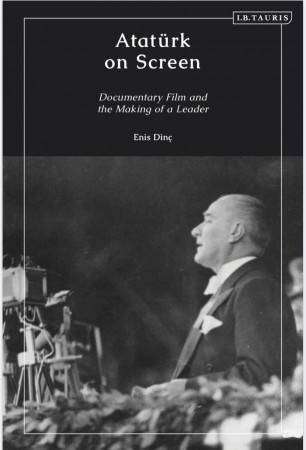 Enis Dinç, who was an NIT fellow in 2017 while turning his dissertation into a book, finished this project and his manuscript has been published as a volume by I.B. Tauris. The book analyzes the film footage of Mustafa Kemal Atatürk produced in the early years of the Republic and other primary sources. Film played a crucial role in the creation and dissemination of this image and helped Atatürk to advance his project of building a new “imagined community” of the Turkish nation. But despite the impact of film and film-making on the political and cultural life of Early Republican Turkey, there is almost no research that has analyzed this footage. Atatürk on Screen uncovers various film archives to reveal the significant, albeit paradoxical, role of film during this period. Enis Dinç shows that while film-making was crucial for the creation of Atatürk's public image and the presentation of Turkey's new modern image to the world, it also posed risks as it could be re-used, re-edited and re-framed for the purposes of counter-propaganda.

Enis Dinç is an Assistant Professor of Media and Cultural Studies at the Turkish-German University in Istanbul, Turkey. He completed his Ph.D. at the Amsterdam School for Cultural Analysis (ASCA), University of Amsterdam, The Netherlands. Between 2014 and 2015, he was a visiting researcher in the Near Eastern Studies Department at Princeton University, USA.

The online talk will be held on April 28 starting at 19:00 (Istanbul time) hosted by the NIT. In order to get registered, please fill in the form.