Berk Metin is currently at the NIT working on his research project entitled Maḥmūd II, Centralization, and Religious Change in the Ottoman Empire: Islamic Material Heritage in Istanbul (1808-1839). 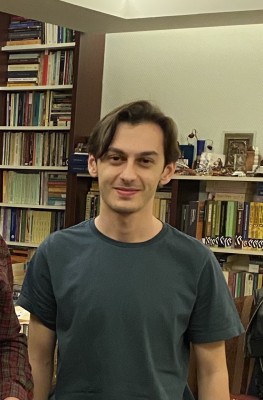 Berk's research is about a part of Sultan Maḥmūd II’s (r. 1808-1839) attempts at consolidating his legitimacy to aid his centralization efforts and to prevent the disintegration of the Ottoman Empire. The unpopular sultan was forced to engage in a series of performances to prove his piety to his Muslim subjects. Berk focuses on Maḥmūd’s campaign for the construction and renovation of Islamic material heritage in Constantinople, including mosques, fountains, dervish lodges, and the ‘Tombs of the Companions’ (sahabe kabirleri).

During his stay at the NIT, he will visit many of these buildings in order to create a well-founded basis on which he will write a doctoral dissertation on a closely related topic