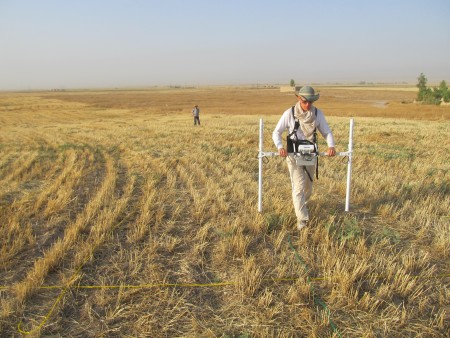 Early Bronze Age cities of Upper Mesopotamia were compact, walled settlements with a dense population. The organization of their streets, fortifications, neighborhoods, and institutions shows that city planning was a collaborative effort of the government and residents. When this model is applied to new data from the Middle Bronze Age city of Kurd Qaburstan it shows continuity of urban form despite the regional collapse or decline of cities at the end of the Early Bronze Age. The results reveal dense architecture with a semi-structured street plan, systematic fortifications, and a range of public and private, small-scale and monumental structures scattered throughout the city. These spatial characteristics echo Early Bronze Age urban planning, and suggest that there was socio-political, economic, and demographic continuity across time in Bronze Age cities.