Research Master at Leiden University, Banban is currently at the NIT for his work on the provincialization of the city of Aphrodisias, Caria and provincial governors in late-antique Anatolia. 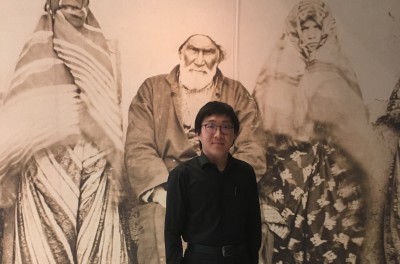 Thanks to its rich epigraphic corpus and well-preserved archaeological site, Aphrodisias has long been attracting attention from scholars studying late-antique Roman culture, politics, and religion. A free city in High Empire, the city lost its freedom and became the capital of the new province called Caria in the mid-third century. Before, during and after the provincialization of the city, its local elites struggled to change their self-representation. In the new geopolitical cosmos, the city, its surrounding cities, its elites, and the new-coming governors have to reorganize the regional civic network and create a new political culture. Focussing on the hundreds of inscriptions found in Aphrodisias from around 250 to 400, Banban hopes to explore the shift of self-representation in the changing political landscape, with a special emphasis on the role of provincial governors from a symbol of external power to the centre of political mechanism.

Banban is writing his last chapter of his MRes Thesis on the local elite and political culture of Aphrodisias in the third and fourth century. During his stay at NIT, he will visit the archaeological site of Aphrodisias and Ephesus, examine inscriptions *in situ*, and further develop his thesis in collaboration with Turkish and other scholars residing in Turkey. He will also develop a PhD proposal on Roman Anatolia during the stay.